The celebration honored lives lost on the 75-acre site, owned by former Atlanta Mayor James English, due to the brutal practice of convict leasing. Mostly African American men, women, and children labored to create 200,000 bricks a day that was used in numerous residential and commercial buildings, as well as civic infrastructure in Atlanta, and cities across the U.S.

“Thank you to all of the community members and leaders who have worked tirelessly to help us to reclaim this land. It is important,” said Dickens. “And I want to thank The Conservation Fund, and those who work on behalf of the City to make this deal happen. Thank you to the council members who passed the legislation out of committee that will move us one step ahead to acquiring all 75 acres of this land.”

“It is time for this space, with such an ugly past, to be turned into something beautiful and the fight to reclaim this land didn’t just start with my administration. This goes back a couple of administrations and now we’re at this precipice, this point to where we will do all we can to make sure it comes to fruition. We intend to work with the neighbors and the larger Atlanta community to create a realistic plan for this property. That plan should include a memorial to the property’s history and it should protect and restore flood plain areas, as well as create a public park on the Chattahoochee River that is beside us.”

In 2020, community leaders and city officials, led by former Councilmember Boazman, blocked Lincoln Energy, which owns the property, and Norfolk Southern from redeveloping the land for the purpose of fuel tankers. Afterward, the City of Atlanta under former Mayor Keisha Lance Bottoms explored purchasing the property, working together with Lincoln Energy to facilitate the sale.

“A little over a year ago, I got a call that there were all kinds of moving equipment that were called earthmovers, about six or seven of them, and they were on this place called Chattahoochee Brick,” Boazman said.

“Some of the people who lived out here said that they were concerned because they were going to put some more of these tankers that you see on this piece of property.”Mayor Dickens was one of the first people I called to say something has to be done out here. As a city councilperson, he showed up.”

Douglas Blackmon’s documentary, Slavery by Another Name, which explores the atrocities committed at the Chattahoochee Brick Company, galvanized Stephens to use her board position with Groundwork Atlanta and create a movement to transform the site into a memorial for the victims of convict leasing.

She hopes that this time next year, the Sacred Ceremony will take place on the 75-acre property instead of in front of the gate that keeps trespassers out.

This event is being supported by The Fund for Reparations Now!, the National African American Reparations Commission, and the City of Atlanta, Mayor Andre Dickens’ Office.

For more information on Chattahoochee Brick Company Descendant Coalition and its programs, visit the website at https://cbcdescendants.org/, or follow on social media @cbcdescendants 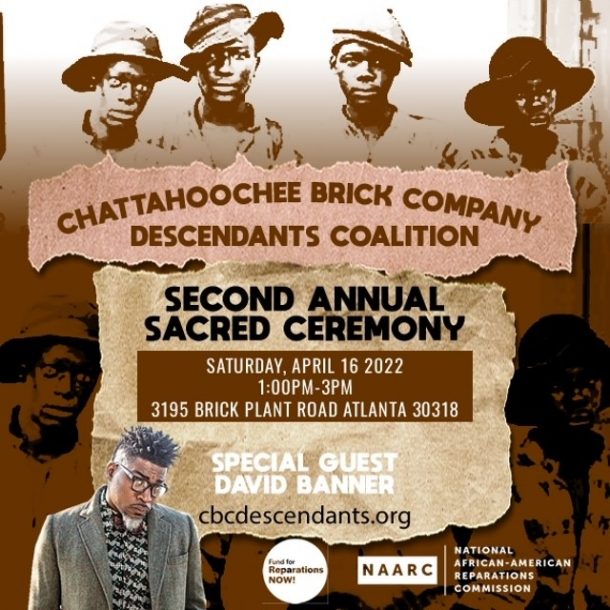 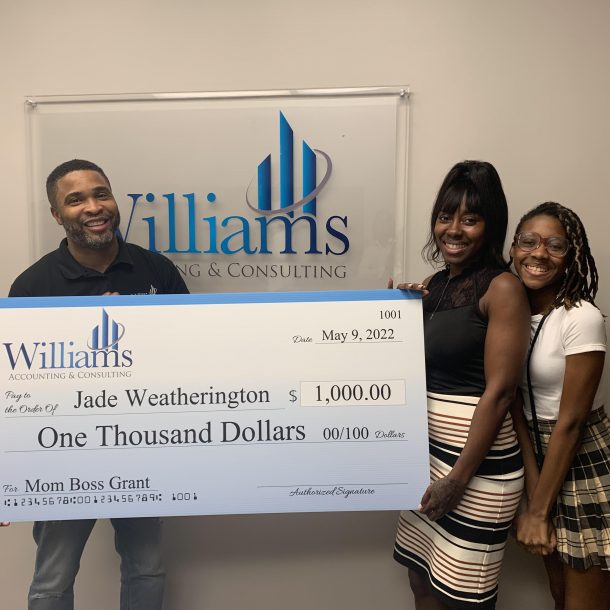